Robin Chetty was born again at the age of 15 years and ever since accepting Jesus Christ as His Lord and Saviour, he had a passion to enter into ministry. After almost failing matric and not gaining a university entrance, he became very disillusioned with life and turned his back on God. Through five young men whom he grew up with in the church, he turned his life back to God after his friends took him to a camp. At this camp, he re-dedicated his life and God miraculously allowed him to study Civil Engineering at M.L.Sultan Technikon in Durban where he completed the National Diploma, National Higher Diploma and B.Tech degree in Civil Engineering. After completing his first semester at M.LSultan Technikon, he was awarded a bursary from the Pietermaritzburg Municipality which allowed him to complete both his tertiary education and in-service training. After graduating he was offered employed with the Pietermaritzburg Municipality. He left the Pietermaritzburg Municipality and joined the Pinetown Municipality in 1997. Whilst being employed he enrolled for the Masters degree in Civil Engineering in 1999. He graduated with a Post Graduate Diploma in Engineering in 2000 from the University of Natal. He was registered as a Professional Technologist in 2000. In 2000 he married Lisha and together in 2001 they for registered for a MBA degree at the University of Durban-Westville. Both qualified in 2002 and Robin passed cum laude obtained 16 distinctions out of 20 subjects. In 2008, he attended the University of Kwazulu Natal and completed the B.Sc(Eng) equivalent degree and was registered as a Professional Engineer in 2011. He is currently employed as a Senior Manager : Public Transport Planning at the Ethekwini Municipality.

Robin also studied Theology at the Durban Christian Centre Bible College.  He went on to complete the B.Th (Honours) in Theology at the South African Theological Seminary and is currently enrolled for the Masters degree at SATS.

He was the principal of the bible college, lectured at bible college, served as a home cell leader and district pastor under the leadership of Pastor Clive Gopaul and Pastor Fred Roberts.

He ministered and taught the Word of God at many churches. God uses him mightily in teaching the word and in the healing ministry. His passion is equipping families, education, empowering businesses and the development of leaders.

Robin and Lisha married in 2000 and they have three sons, Azhar, Nathan and Daniel.

Lisha grew up and schooled in Pietermaritzburg. She gave her heart to the Lord in 1999 after meeting Robin, whilst in her 4th year of study at the University of Durban-Westville. Lisha graduated as an Occupational Therapist and operates a private practice in Westville. Lisha also studied theology and served with Robin as home cell leaders, district pastor and lectured at bible school as well. Lisha completed her MBA in 2002.

Lisha has a passion for music and currently plays keyboards at church. She also loves children and heads the children’s ministry at church. 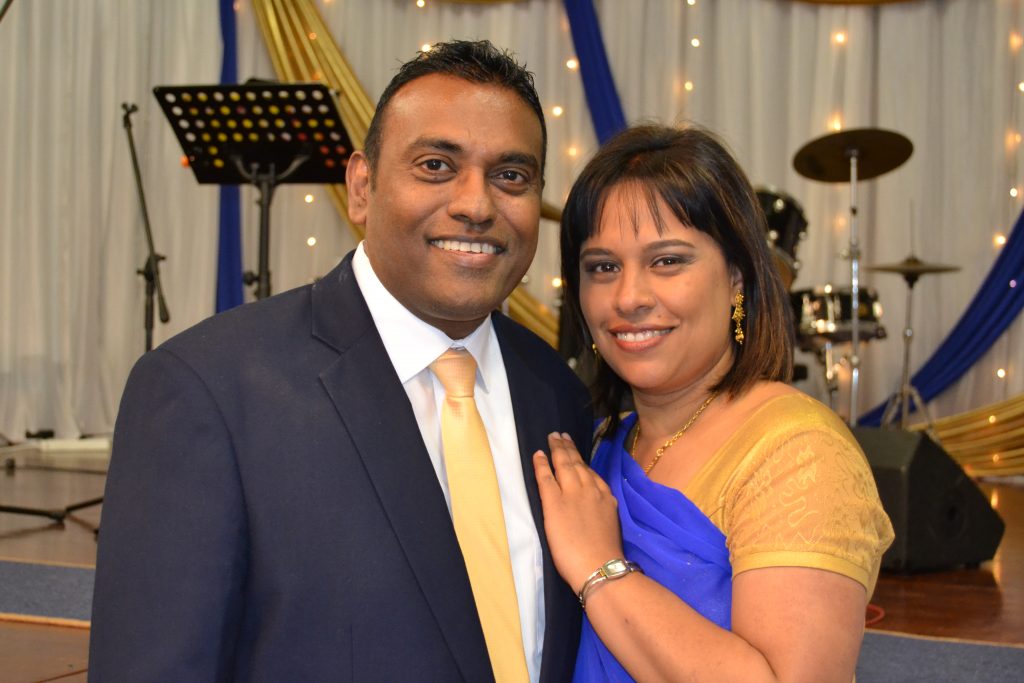